for accessible and affordable solar power

Roll-A-Rack is a new solar-panel racking system that reduces racking and installation costs of traditional systems by 30 percent. The material costs are 50 percent less than current racking systems. Installation time and labor costs are reduced by 65 percent.

Roll-a-Rack is being developed by a team of scientists, engineers and solar installers with the help of a Small Business Innovation Grant from the U.S. Department of Energy Solar Energy Technologies Office. The effort harnesses a wide range of community resources and Cleveland’s rich engineering and manufacturing expertise, which is represented by the following:

Become a Beta Tester
First 100,000 Watts of racking are free

Roll-A-Rack is seeking developers and installers for beta testing

for information and inquiries

Don Scipione, PhD, is a scientist and entrepreneur who volunteers extensively in the fields of education, the performing arts, international trade, workforce development and economic development.

A pioneer in software development, Don founded Acme Express, Inc. in 1980 in order to develop business optimization software for personal computers. He commercialized applications for transportation, staff scheduling, fiscal management, customer relationship management and K-3 education with customers in 40 countries. Don was an early proponent of using the Internet for business and developed one of the first cloud-based software applications, which was released in 1999. Over the past decade, Don has focused his research and development efforts on sustainability issues of wind, solar and CO2 capture.

Don earned a Ph.D. from University of California at San Diego, where he was a student of Oreste Piccioni specializing in experimental elementary particle physics. He has been a researcher with the General Atomic Division of General Dynamics, the Salk Institute of Biological Studies, Lawrence Berkeley Laboratory and Brookhaven National Laboratory. He has been awarded innovation grants from Ohio Third Frontier, the U.S. Department of Education, the National Center for Research Resources, the National Institute for Nursing Research, the National Library of Medicine, and the U.S. Department of Energy Solar Energy Technologies Office.

Myles Murray has nearly a decade of experience working in the solar industry as a scientist, project developer and entrepreneur. Myles also has significant experience in designing and installing various types and sizes of photovoltaic (PV) systems and deep insight into the photovoltaic industry. Myles has a deep understanding of the current technology roadmap and the challenges faced in developing products for the PV market.

Myles holds a BA in chemistry from Hendrix College and an MS in materials engineering from Case Western Reserve University, where he worked on technology development for mirror-augmented photovoltaics and material degradation. After earning a master’s degree in materials engineering, Myles founded AAT Solar Inc. with the aim of increasing the amount of grid-tied solar that is deployed in Ohio.

John Turner works in data science and automation for business applications. He has previously worked as an economic researcher and also has extensive experience in corporate sustainability. He earned a bachelor’s degree in economics and environmental studies and an MBA with a focus in finance from Case Western Reserve University. 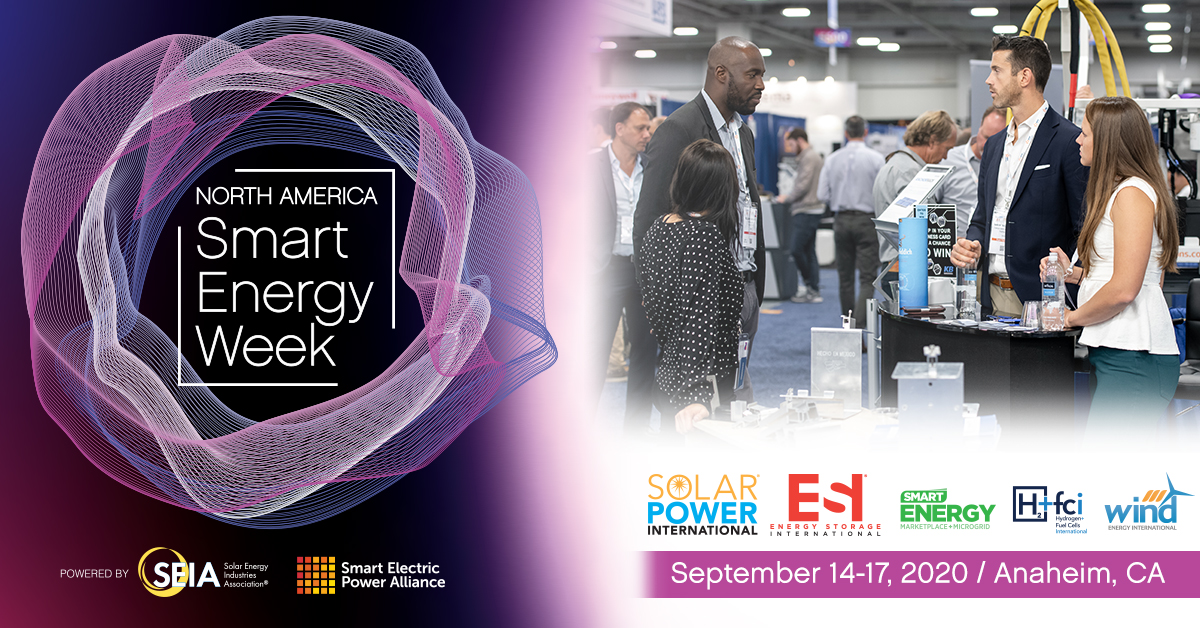 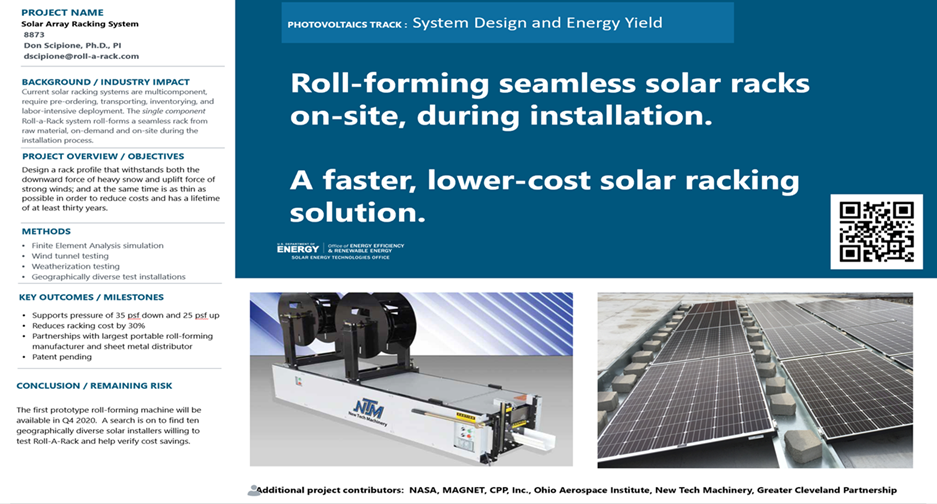 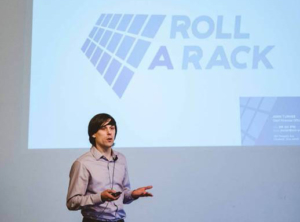 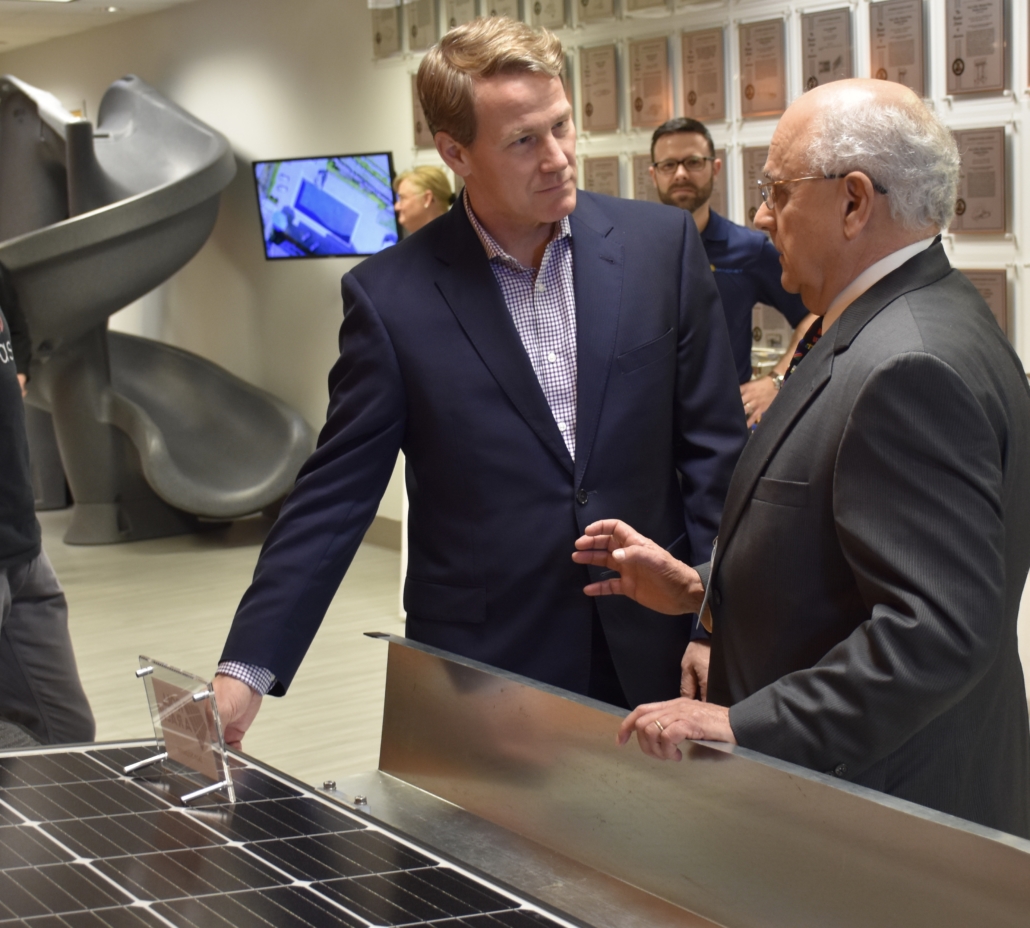 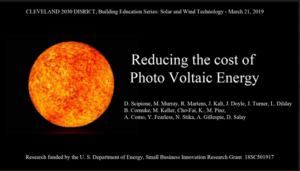 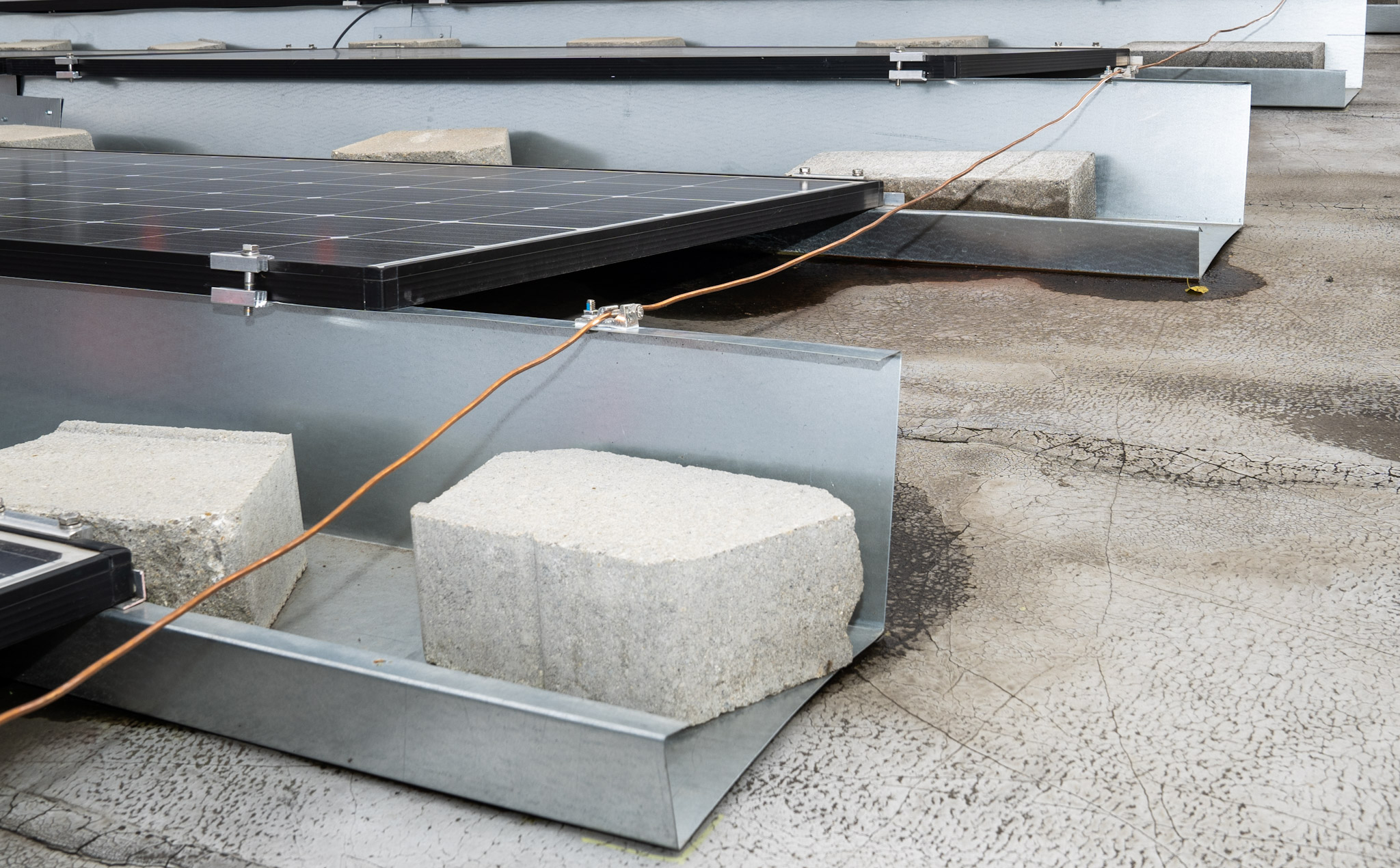 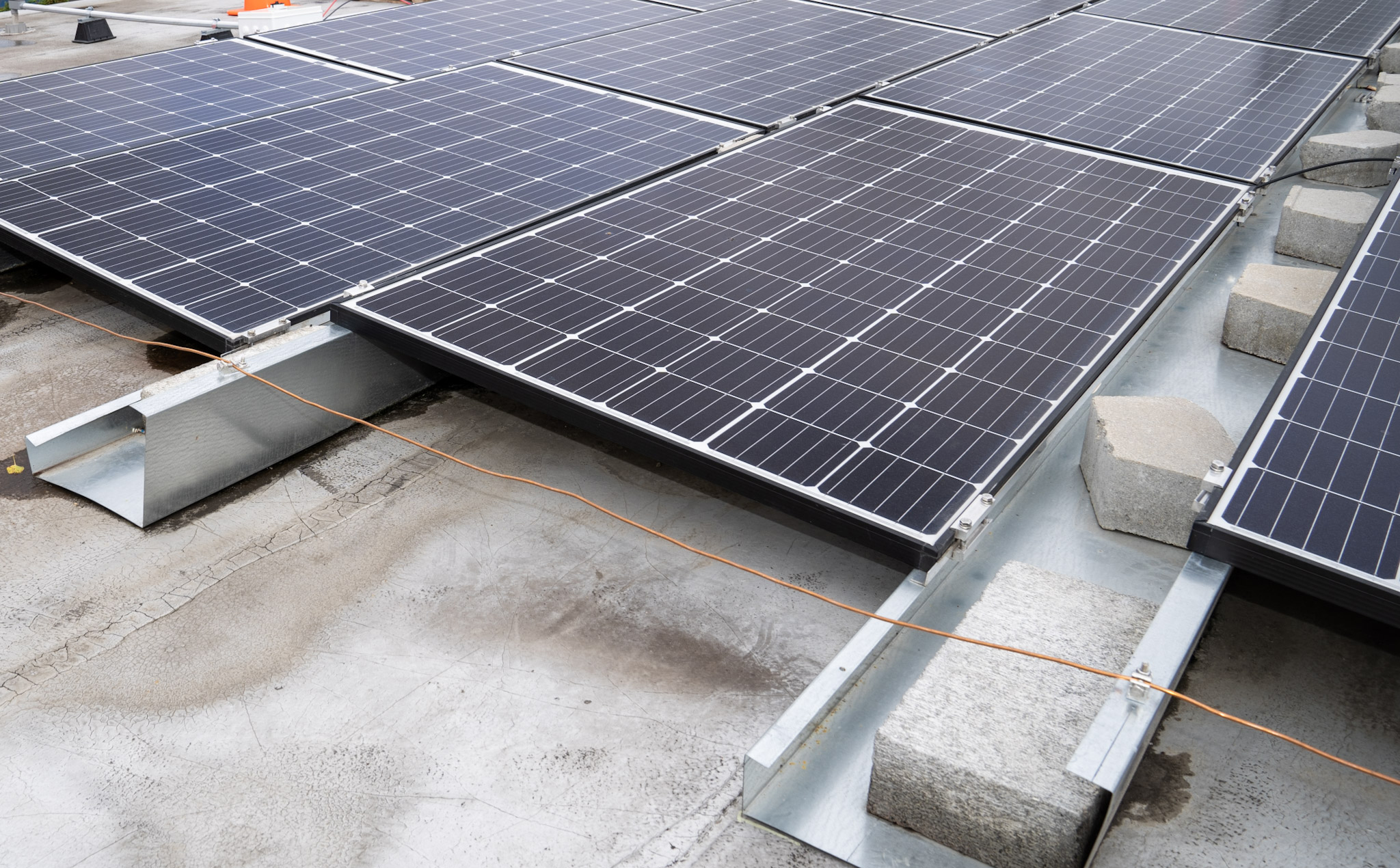 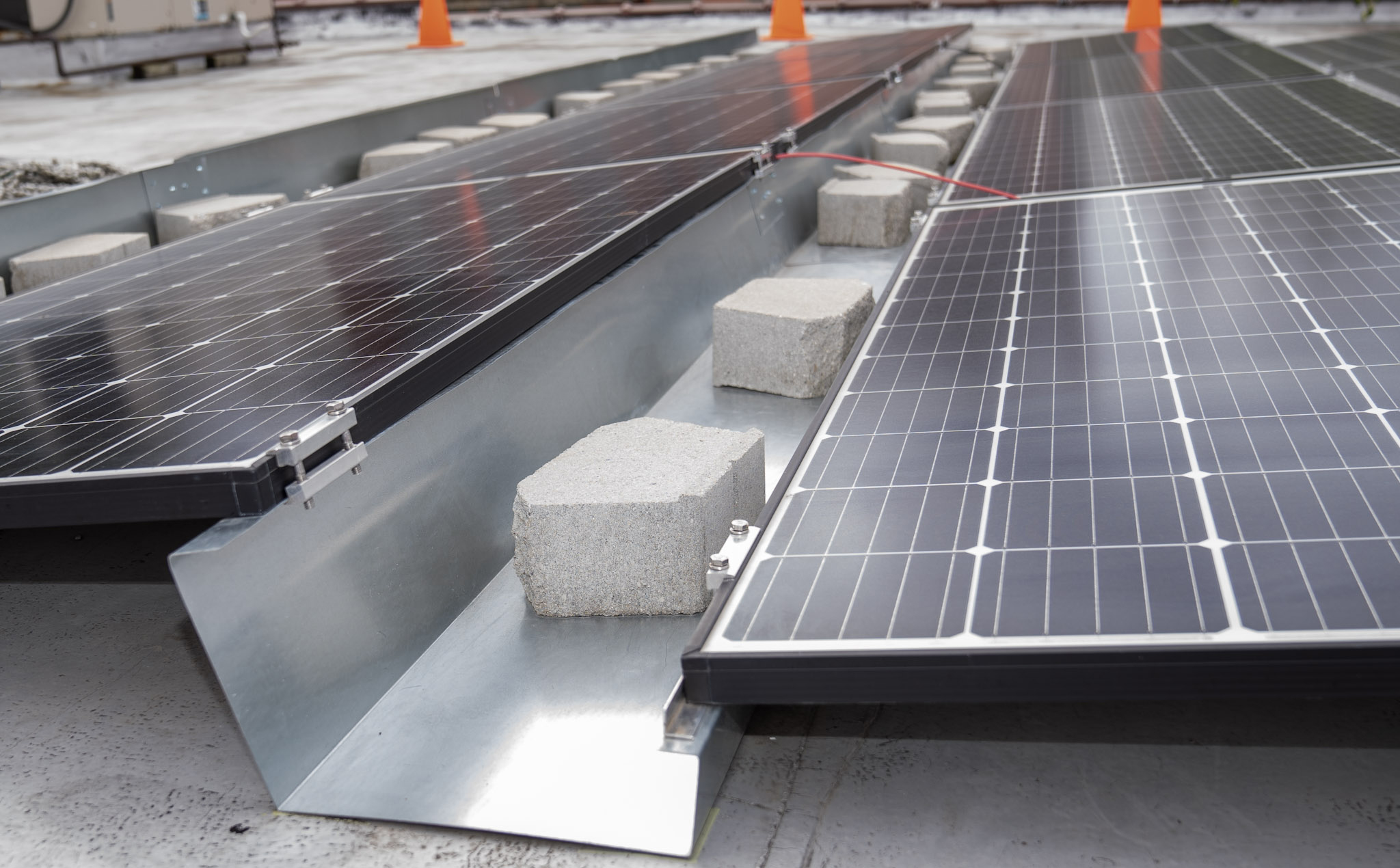 Roll-A-Rack is a member of: